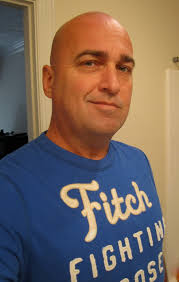 Get  Matt Furey – The Fastest Way Humanly Possible to Bum Fat  on sellercourse.com

Back in 2010 I put out a product called The Fastest Way Humanly Possible to Burn Fat.

The DVDs showcased me running sprints all over the world.

I ran up the Eiffel Tower.

I ran up Mount Etna in Sicily.

The program kicked ass in a big way – and creating it helped me get into kick butt condition.

Sprinting does something for the body that cardio cannot match.

It increases growth hormone production and causes the body to build muscle and burn fat.

The upside is HUUUUUUGE – but there is a downside.

Friends of mine who hadn’t sprinted since their football days, thought there was nothing to it, and ignoring my admonitions, went out and tore hamstrings and Achilles tendons with their headstrong stupidity.

In addition to the possibility of injury to those who do too much, too soon, the reality is that many, many, many people today are so heavy and so obese, that sprinting outdoors is out of the question. So is running on treadmills or using any equipment wherein excessive pounding puts a beatdown on the joints.

Additionally, there’s the cortisol factor. If the workout causes cortisol levels to rise, then all the effort could be self-defeating as well.

The good news is there is a way to take the fat off faster than I ever dreamt possible when I created those exercise DVDs back in 2010.

When it comes to exercise, I still maintain that sprints are the ultimate fat burner.

But if you can’t do them yet, or shouldn’t – there’s an even faster way.

Not becoming a vegetarian or a vegan.

Not being a fruitarian.

Not doing bodyweight exercises (although they help).

No sirrreee, the keys to being a supreme butter burner are NOT what you’re being told, not what you’ve heard and not what the mainstream thinks, says or does. If they were, mainstream society would be fit and lean.

Anyway, I’ll have more on this going up mañana, when I reveal on my webpage, what is going to be covered at the Fast Fitness and Flexibility Seminar I’m holding in Tampa, Florida, June 13-15.

Many people have already enrolled after sending me a private email to express interest.

Today will be the last day to enroll with the Early Bird PayPal Link.

Get Matt Furey – The Fastest Way Humanly Possible to Bum Fat  on sellercourse.com