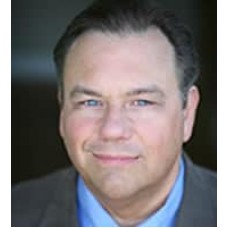 Get Kenrick Cleveland – Influence and Selling on sellercourse.com

Contains:
-Audio of the course.
-Complete transcripts of the audio.
-Hypnotic “Learning Session” designed to implant the skills and attitudes on a subconscious level. One of the original attendees to the course described the effects as “almost like it was burned into my psyche.”

The Four Letter Word That Can Change Your Life…

For years I resisted revealing these secrets, now they are yours for the taking,
all you need to do is say… maybe.
For more years than I care to remember, I’ve been teaching people the art of persuasion. And my clients have been selling big high ticket items including homes, cars, and retirement plans. I’ve helped people go from zero to six and seven figures more times than I can recall.

But people were asking me over the years, Kenrick, why don’t you teach a sales course. And I always said “no.”

Here’s why I said no.

There are thousands and thousands of books and courses on sales.

There are thousands and thousands of sales training programs and videos.

And in the back of my mind I thought, “these courses must be doing a decent job.”

So I ordered a few of the most popular books on sales and selling off Amazon and… I was stunned.

Anyone who was counting on selling based on these courses was in for a shock. Their closing rates were going to resemble a flat line on and EKG machine after the patient died. Seriously, these courses were worthless.

Oh to me sure, there were a few courses that had some value in them. But it was as rare as finding diamonds in the African clay. And I had to agree.

There was literally no benefit in studying these courses. In fact, even if you had your own God-given talent in sales, most of these courses would actually LOWER your sales.

Sheesh. People are still teaching the Ben Franklin and Puppy Dog close in the 21st Century. Yes, those worked when people were selling encyclopedias to people who were barely literate. And they sure worked great selling televisions to people who didn’t have electricity (you could have sold them empty boxes.)

But where it really counted…

Even the best of those courses were worthless because…

They Were All Missing The Critical Ingredient

Your success in sales doesn’t depend upon your close. In fact, by the time you close, you’ve probably missed the sale.

In fact, if you didn’t know about the 3 Four Letter Words, you missed more sales than you should have!

Please allow me to prove it to you with a story.

Once upon a time there was a lawyer who wanted to get started in personal injury law.

But everyone told him, the field was too crowded and he would not be able to break in.

You see, this young lawyer knew something other people didn’t know – he didn’t know the meaning of the word CAN’T.

And he went on to say that if the lawyers gave him the CAN’T win cases, he would give them half of any proceeds.

And the lawyers opened up their files and gave him all the CAN’T win cases.

And guess what this young whipper snapper lawyer did? That’s right. He won every single one of thsese cases because he didn’t know the meaning of the word “CAN’T”

If you’re in sales, you know EXACTLY what I’m talking about. What would your sales be like if you didn’t know the meaning of the word “CAN’T”

Your Sales Would Sky Rocket!

Because sales doesn’t begin with a big toothy grin (like it says in some of the books.)

And it doesn’t begin with bobbing your head up and down like Mr. Bobble Head (like it says in dozens of books)

It begins much earlier than that.

You see what I’m about to share is crucial. If you just understand this concept – and how to implement it – you’ve got it made.