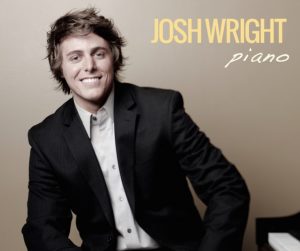 Billboard #1 artist Dr. Josh Wright has delighted audiences across the United States and in Europe. The Washington Post described him as a pianist possessing “rarer gifts – touch, intelligence and the ability to surprise.” He performed his debut recitals at Carnegie Hall and the Kennedy Center in 2014. His self-titled album “Josh Wright” topped the Billboard Classical Traditional chart just three weeks after its release in April 2011. He also performed at Dolby Theater in Los Angeles as part of America’s Got Talent Season 9. He currently serves on the piano faculty at the University of Utah. He has performed with numerous symphony orchestras, been a prize winner in international competitions, and studied with some of the world’s greatest piano teachers. He looks forward to being your personal mentor in each of his course offerings.

Master your scales, arpeggios, triads, and 7th chords with this one-of-a-kind video series, featuring tips Josh has learned from master teachers across the world!

Each video presents a new key, along with a new way to practice, so that when you’re finished with the series, you’ll have 12 innovative ways to work on your technique regimen to keep you motivated, disciplined, and inspired. A chromatic scales and 7th chords video is also included in this series.

Josh has recently added NEW content to this course called “Pro Tips” – short tutorials with extra tips and strategies he uses in his own personal practice to help him master the repertoire he’s working on. Check out the free previews below under the “Class Curriculum” section.

No matter what level you’re at – beginner, intermediate, advanced, or professional – this course will give you fresh new practice ideas that Josh has picked up from some of the world’s best piano teachers, and finally help you be ready to tackle your dream piano pieces! See you in the course!

Note: If you previously purchased this series from Josh’s website, but would like access to the new content and the new Teachable platform (allows for offline viewing on iPhone and iPad, progress tracking, and more tools to help you in your studies), please send him an email at [email protected], and he will create a custom coupon for you, crediting your previous purchase toward your enrollment in this updated course.