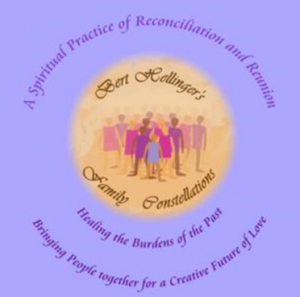 Family Constellations, also known as Systemic Constellations and Systemic Family Constellations, is an alternative therapeutic method which draws on elements of family systems therapy, existential phenomenology and Zulu attitudes to family. In a single session, a Family Constellation supposedly attempts to reveal a previously unrecognized systemic dynamic that spans multiple generations in a given family and to resolve the deleterious effects of that dynamic by encouraging the subject to encounter representatives of the past and accept the factual reality of the past.
Family Constellations diverges significantly from conventional forms of cognitive, behaviour and psychodynamic psychotherapy. The method has been described by physicists as quantum quackery, and its founder Bert Hellinger incorporates the pseudoscientific idea of morphic resonance into his explanation of it. Positive outcomes from the therapy have been attributed to conventional explanations such as suggestion and empathy.

Practitioners claim that present-day problems and difficulties may be influenced by traumas suffered in previous generations of the family, even if those affected now are unaware of the original event in the past. Hellinger referred to the relation between present and past problems that are not caused by direct personal experience as Systemic entanglements, said to occur when unresolved trauma has afflicted a family through an event such as murder, suicide, death of a mother in childbirth, early death of a parent or sibling, war, natural disaster, emigration, or abuse. The psychiatrist Iván Böszörményi-Nagy referred to this phenomenon as Invisible Loyalties.

Bert Hellinger (born 16 December 1925, in Leimen, Baden, Germany as Anton Hellinger) is a German psychotherapist associated with a therapeutic method best known as Family Constellations and Systemic Constellations. In recent years, his work has evolved beyond these formats into what he now calls Movements of the Spirit-Mind. Several thousand professional practitioners worldwide, influenced by Hellinger, but not necessarily following him, continue to apply and adapt his original insights to a broad range of personal, organizational and political applications.

Controversy
Adolf Hitler
Hellinger created controversy in writing a poem dedicated to Adolf Hitler which asks the reader to identify something of themselves in Hitler and to respect that part of themselves. Several articles related to this appeared in the Dutch antifascist magazine “alert!”.

Incest
Hellinger’s position on Incest that the perpetrator should not be punished is regarded as questionable in the therapeutic community and is summarized by this quote taken from one of his recent books:

Now about incest. If you are confronted with cases of incest, a very common dynamic is that the wife withdraws from her husband, she refuses a sexual relationship. Then, as a kind of compensation, a daughter takes her place. This is an unconscious movement, not a conscious one. But you see, with incest there are two perpetrators, one in the background and one in the open. You cannot resolve that unless this hidden perpetrator is brought in. There are very strange sentences that come to light. The daughter can tell her mother, “I do it for you.” And she can tell her father, “I do it for mother.” What is the effect of these sentences? Incest cannot go on anymore. If you want to stop it, this is the best way without any accusations.

If you bring a perpetrator to justice, then the victim will atone for what is done to the perpetrator.”

Hellinger goes on to tell a story of an incest/abuse victim who became suicidal, because the perpetrator was prosecuted.

Other controversial positions taken by Hellinger
A breast cancer victim may secretly want to die due to a woman’s unconscious “war with her mother.”
Homosexuality may result because a boy unconsciously assumes the feelings of a deceased aunt or great aunt when there are no female descendants in the lineal family system.
Rape and incest create a bond; the perpetrator must receive “due respect” as the giver of life before the victim can bond with another.
Works
Hellinger has published more than 30 books with combined sales of one million copies in at least ten languages. Some of his books translated into English include: